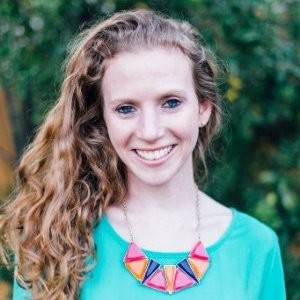 Dani is the editor of The Daily Dog!

I tried Embark’s Breed Identification Dog DNA Test, which was $100 at the time of purchase. I tested the DNA of my 3-year-old rescue tripod, Gibbs.

I’ll start with the most exciting part… the results:

Embark heavily leans into their “veterinarian developed” marketing messaging. In fact, the full name of their company is Embark Veterinary, Inc., and they have numerous veterinarians and PhDs on their scientific advisory board. They tout that they are a research partner of Cornell University and claim they are both “the most scientifically advanced dog DNA test” (they tested around 220,000 genetic markers at the time I ran this test) and the “highest rated dog DNA test on the market.”

It was immediately clear that Embark focuses on the unboxing experience, as their packaging and instructions (video and written) are all extremely well-made and fun, getting you excited for what’s to come! Their kit activation journey feels personalized and emotional, forging a special connection to round out the breed identification experience.

The collection process is a bit more involved, having to dip your dog’s cheek swab in liquid and shake it before packaging and returning to the lab. I actually liked that this tube had a wider grip to hold while you swab. This made it a little easier to collect the saliva sample, even though the q-tip was shorter than DNA My Dog’s. It’s also recommended to spend 30 seconds circling your dog’s cheek collecting the swab, vs. DNA My Dog’s 20 seconds. While the DNA My Dog sample is just sent back in a letter envelope, Embark uses a padded envelope, but it’s still small enough to just drop in your mailbox.

While Embark does not have an app, their mobile website experience definitely has the feel of an app, is user-friendly, and works and looks great. They make sharing results on social media (or via link) simple.

The catch? Getting the results back took forever (relatively speaking). Shipping took a few days, and then once Embark’s lab received the sample, it took over five weeks to get the results back (compared to DNA My Dog’s eight days). Now, there are a lot of factors that could affect this, including the sheer volume of tests run and the popularity of Embark’s testing. But it was certainly a disparity worth noting. Embark also sent a variety of “touch-base” emails throughout the process, including how “genomicists” are extracting DNA from the swab, details on the genotyping process, and other geeky, scientific updates. In other words, it wasn’t dead silence for five weeks.

Embark delivered the results in a clever, engaging manner. They even added a bit of gamification to the process, providing the opportunity to guess True/False to a variety of breeds. They also delivered a breed reveal video (yes, I cried). All in all, it was a fabulous, noteworthy, “premium” experience.

Embark delivers much more than your dog’s breed breakdown. They provide details of each breed (including the history of the breed, favorite names, and common locations), a “Wolfiness” percentage, and dogs in Embark’s database that have a very similar breed breakdown to Gibbs (there was one dog that was 92% “alike” to Gibbs). Embark also develops a family tree (while Gibbs’ parents were both mixed breeds, it’s likely his grandparents consisted of an Australian cattle dog mix, a chow chow/German shepherd mix, an American pit bull/Australian cattle dog mix, and a German shepherd/chow chow mix). In addition, they provide Gibbs’ maternal and paternal haplotypes, which reveal his “ancient heritage.” Embark, of course, tries to upsell you once the results are in (50% off a Breed + Health upgrade, anyone?).

Perhaps almost as fun as learning Gibbs’ breed make-up was seeing if he had any “relatives” in Embark’s database. I found five “close family” members (as related as human first cousins) and even have the ability to message them. How neat!

All in all, while the longest of the three tests I tried, the whole of Embark’s customer journey—from unboxing, to waiting for results/customer education, to delivery of results—makes it our editor’s pick.